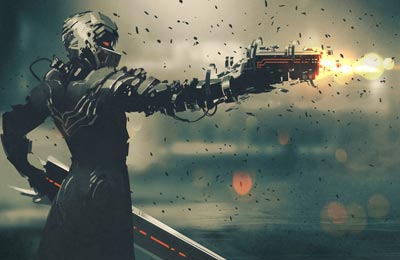 What are Shooting Games?

Shooting Games are games where the player or a character shoot at targets, animals and humans. Load your gun and kill all zombies on the way to your house. Play online together with your friends in a free Minecraft multiplayer game and shoot down the enemy army. Let armed stickman fight each other in exiting 2 player combats. Hop into your car and kill animals, dinosaur or even robots with your sniper rifle. Or simply relax in one of our free target shooting games for kids.

The best gun shooting games like Doom, Half-Life, Counter-Strike, Call of Duty and Fortnite have a user base of millions worldwide. They are available as single-player and multiplayer games. Hold back an army of undead zombies with just a few guns. Dominate the arena in online multiplayer combat. Join the ongoing battle of two teams and take out that enemy stickman soldier. While actual wars are awful, they are an exciting backdrop for explosive gun action in shooting games.

Do you want to join intense wars armed only with an AK-47? Or would you rather be a sniper handling rifles on the roof? Maybe you just like to take a shot at moving or fixed targets with a variety of guns? Here you will find cool shooting games for every taste. Use your revolver in a duel in the Wild West. Or fight back aliens and zombies invading your hometown. Your gun is your trusted ally in these zombie wars. Get ready to down hundreds of enemies time after time. The zombie hordes are coming. Even a wily sniper like you will need a fully loaded gun to survive. Or try a free online game like GunBlood or Apple Shooter to whet your appetite.

There's nothing quite like 3d multiplayer shooting action when it comes to blasting zombies or blowing up aliens. No other gaming category can keep up with the adrenaline of a thrilling online fps battle. If that's too intense for you, try hunting ducks or deer with a rifle. Or would you rather sit in a tank and take down enemy vehicles? Be the pilot of a warplane and shoot down enemy airplanes in a fast-paced dogfight. Or join the battle arena and fight another player. Whether it's Sniper Team, Pixel Gun 3D or something filled with zombies like Zombs Royale. The world is filled with cool multiplayer shooting games and all it takes is a skilled gunman like yourself to clean up the streets. Like a stickman sniper you can hide yourself and kill opponents from a great distance. It's a true sniping experience when you get to watch their heads pop through your scope. Enjoy the best free online shooting games here on Silvergames.com!

What are the TOP 5 Shooting Games?

What are the best Shooting Games on tablets and mobile phones?

What are the newest Shooting Games on SilverGames?