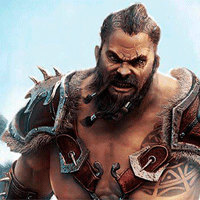 In popular culture vikings have been known to pillage and raze villages. In Vikings War of Clans, you become head of such a viking clan and lead them to glory. But not before building, growing and expanding your infrastructure and urban developments. Everybody knows that industry and commerce are essential to a thriving military-industrial complex, such as the ones that vikings had. So spend your time wisely ordering your clan and heroes to build, improve and develop their assets until you can attack opposing clans and enrich yourself. Escape into the fantasy and totally unrealistic gameplay of Vikings War of Clans, which has absolutely no relation to the real world. Clearly.

Battle for the Galaxy