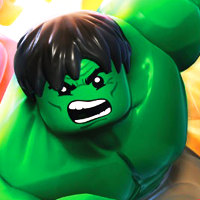 LEGO Avengers Hulk is an exciting Superhero Marvel game that you can play online and for free on Silvergames.com. Enter the Lego world and take on the role of one of Marvel’s most powerful heroes: The Incredible Hulk. Run through the city as angry Bruce Banner and destroy cars and attackers, jump over gaps and collect orbs.

Keep going until you find evil Loki and defeat him to save the city. Avoid getting hit by the powerful ray coming from his scepter and throw vehicles at him to take him down. Can you save the world from the evil forces once again? As a member of the avengers, this is your ultimate responsibility. Enjoy LEGO Avengers Hulk!